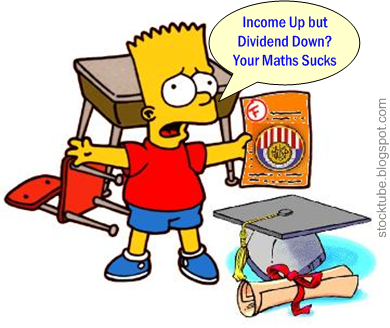 Another big percentage goes to the employee provident fund, where it is supposed to be wisely invested for my future.

The same government comes in to find another money jar since the tax jar seemed to be more limited nowadays.

RM5 billion is given to Valuecap ( or Valuecrap) , a company that seemed unable to service its loan and whose shareholding is a mystery. -> to selected high healed people.

RM10 billion is given to Khazanah, with the money going to Government linked companies -> to selected high healed people.

Back to EPF. It obtained a record RM20 billion of gross income.

So,
I am earning 4.5% and not 6% ( 2007 is 5.0%) because RM4.2 billion is missing. Coincidentally, RM5 billion is given in cash to Valuecap. It means that the EPF shareholders are getting less dividens because the money was given to somebody else. -> to selected high healed people.