The lady that was beaten up by PEWARIS -Malaysiakini

Update : Mysterious , gutsy lady stands firm.
Remember the incident where a woman was chased by pro-ISA supporters belonging to various “NGOs” last week? Well, she is at the vigil tonight. Want to guess how the crowd responds? Camera flashes pop all around and voices of appreciation are heard.
Yes, Ms M (as she wishes to be known) relives the horror of being punched, chased, and kicked at for voicing out her beliefs. Yes, she was alone that day. She recalls there were a few banners with “‘unbelievable and outrageous words” on them. Read more(Anil Netto) 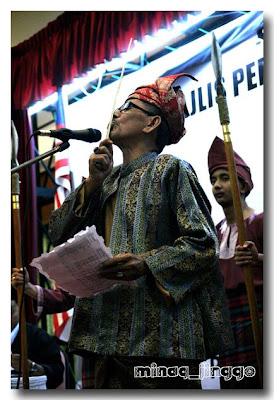 We are the PEWARIS - Muacccckk
And so I read that a company of Islamic and Malay NGOs formed a body called PEWARIS to defend the use of detention without trial (ISA) and "urged the Government to act against groups which are asking for the abolition of the Internal Security Act (ISA)." (Malay, Muslim NGO logs report )
I am more interested in the reporter's observation of a sideshow that happened. There are just too many organisations formed nowadays who called themselves NGOs but did nothing but demonstrate, demonize than real social work/ social justice work.
Who can this women be? Is she ok? was my reaction when I read this report.
"During the gathering, a woman who was standing at an overhead pedestrian bridge shouted obscenities at the group.
Some members of the group responded with shouts while others chased her before they were stopped by policemen.
The group lodged another report against the woman at the police station." 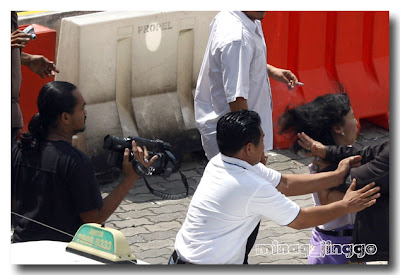 She got a slap. 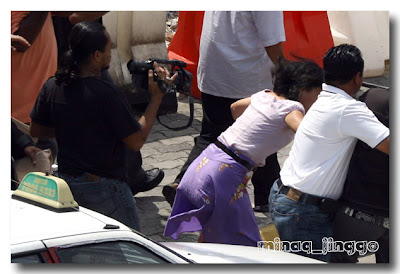 She was chased, roughed and tripped. Any policeman to help? 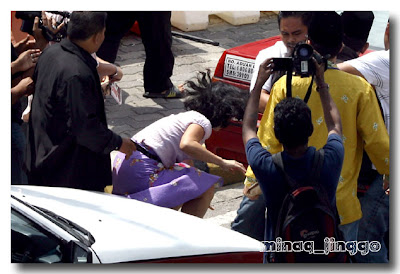 Nobody is helping her. The crowd zooms in. Where is the police? 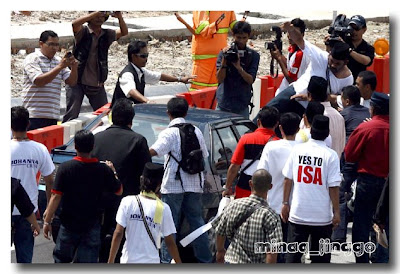 She got to her car to flee the mob. The mob follows and whacks her car. The songkok man was doing a jumping kick at the windscreen. 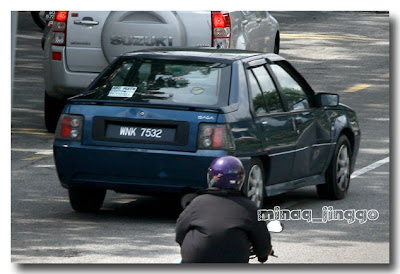 She sped off. I would be terrified of my life after this incident. Esp. that her number plate is so glaringly taken, she better be careful as this mob acts like the lord of the town. Even the police do not dare to act against these UMNO link people. 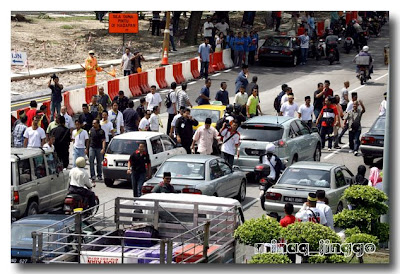 Apparently, they have police permit, as defended by Syed Hamid Albar. Am sure that the permit allows them to stop the traffic and create real troubles for the rakyat. Surely, the ANTI ISA virgil which involves candle lighting and Negaraku Singing is more dangerous.

How is this possible? I am not the defender of the chinese lady as she could have been more senseful in reading the situation and the group's reaction. Though she has erred, that does not justify the beating and the torture that she has to undergo. What happened to the mob that attacked her? What happen to the man that slapped her? Are PEWARIS trully believe that it has the moral ground to do what they did? Are they really representing their religion and race or has this brought shame to the very dear things that they champion? And to a lady?! Kissing the keris is one thing, anger fueled mob attack is another.
at Thursday, November 27, 2008 9 comments:
My Tags: mob attack, pewaris, women
Newer Posts Older Posts Home
Subscribe to: Posts (Atom)