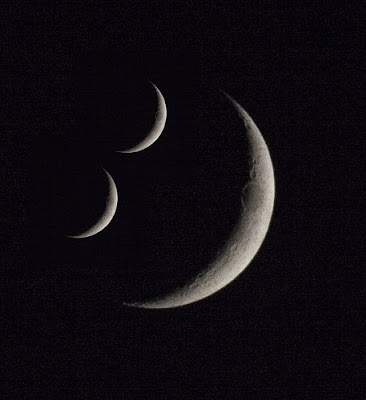 Of course this is a fake. (Taken) 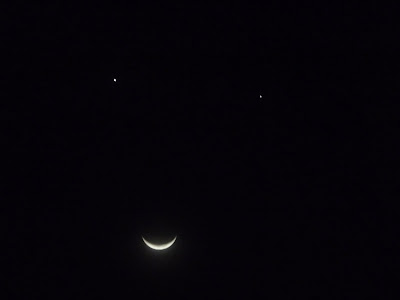 Apparently the eyes are the planet Venus and Jupiter. And of course, the earth's moon provides the smile. The planets have no control to my destiny but I did enjoy the sight as did people accross the globe. One even got a photo of the smiley with a nose.
Perth , Mumbai , Brisbane, Thailand ..
"While they appeared to be close together, in reality they weren't. The crescent moon is 403,000km away while Venus is 149.5 million kilometres away and Jupiter 870 million kilometres.
The unusual astronomical event was observed for several hours early on Monday evening. It will be another five years before it appears again."