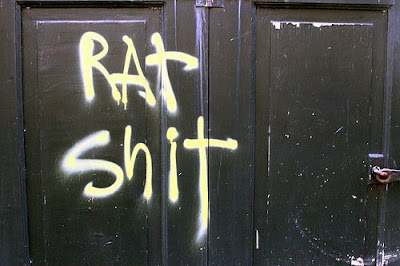 No Evidence Ink was bought in

This is because not one witness has ever seen the ink. From their testimony, no individual, syndicate or certain parties have been identified to be involved in such activities. ( I tot the 3 jokers said that they have the evidences from the investigaion prior to the election?)

“The statements made by the complainant and the witnesses were thus rumours and no individual has been positively identified or known to be involved.( What about the 2 guys who made the police report? Are they unknown too?)

So, people lodges police report ( UMNO Kaki) that turn out to be false. What do the police do? Logically, arrest them for causing disrepute. Can these few chaps chip in money to pay the RM1 million plus that taxpayers spent on that? This is double standard and a wrong decision from AG, RAT shit and even the Police inspector. No wonder my friend is pissed.


"Today has been the saddest day after March 8, 2008 General Election.NOT only Raja Petra is jailed for sedition, the people is, again, insulted by BN with the indelible ink decision!Remember when the EC Chairman, Rashit, made the announcement together with Attorney-General Tan Sri Gani Patail, Inspector-General of Police Tan Sri Musa Hassan and EC secretary Datuk Kamaruzaman Mohd Noor, stating the reason to scrap the use of indelible ink in the GE??? Quote and unquote Rashit: "Results of investigations on the reports made to the police CONFIRMED that certain irresponsible quarters had bought the ink from abroad." (Source HERE)

HOWEVER, the Election Commission's (EC) controversial decision to cancel the use of the indelible ink four days before the March 8 polls was based on hearsay evidence, the Dewan Rakyat was told today. (read attached pdf).Before election, you had CONFIRMED evidence; after election, you do NOT have evidence AT ALL?!?!?!!!!THIS IS BULLSHxT!!! "
Always, Edmund
at Wednesday, May 07, 2008 1 comment:
My Tags: Indellible Ink Fiasco
Newer Posts Older Posts Home
Subscribe to: Posts (Atom)