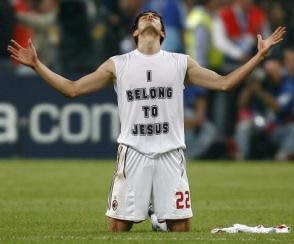 A Winner!!
My childhood team won the Champion's league title 2007 with a convincing 2-1 victory over hapless Liverpool. The Red and Black team of ageing players were able to combine it with adequate youth of Oddo, Jankaulauski and of course , Kaka.

And Malaysia's perennial sore looser ..
Well, i do hope our ex RTM chief / current Mis-Information Minister is right about bloggers in Malaysia. That we shiok (pleasure) each other by reading each other's 'lies' via blog. Hopefully no Liverpool fan will read my comment about their team's loss yesterday.

"Only that number out of the 11 million Internet users in the country are actively involved in political blogs. The political bloggers just write for each other to read; they are not a threat," he added.