crosses need to be destroyed and church influences in these schools need to be stopped ..

The funny thing about missionary schools nowadays is that your children does not get even Christian education from it anymore. I cannot recall any of my friends who are now christians just by studying in one. Oh, and we sing Christians songs? I remember leading the Johor state song during perhimpunan that starts with "Allah perliharakan Sultan". Today, I can't sing that anymore because it is now exclusived. This La Salle school have 3 suraus and we are unable to have our own Christian Fellowship (CFs) as it was not recognised by the education department. So, it was ironic that I finally saw the transcipt of this debate of 'hearsays'. ( I heards someone say). Wei, give some evidence loh. What i know is that whatever cross that is left 'undestroyed', it will be taken out in the next years of Islamisation process in schools. The missionary schools with its examplerary educations success will be a passe.

Btw, have anybody ask why nobody wants to send their child to government schools? It seemed that after chinese schools, missionary schools are next sought after. 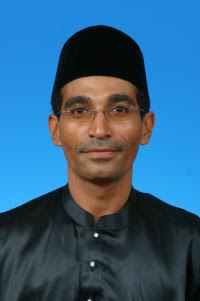 [Some unrelated stuff first] Yang Di-Pertua, I would like to touch on a matter regarding the Ministry of Education, which are Christian missionary schools like Convent, La Salle, Methodist, and so forth. I was made to understand that the Board of Directors at these schools are partially administered by churches in foreign countries, for example in the Vatican City. I was also made to understand that the application to build a ’surau’ in some of these schools had to go through the approval of these Board of Directors whereby they are partially administered by the church. Therefore, it shames me that the school administrations are still controlled by the church. I was also made to understand that many Muslim parents send their kids to these schools, and that they have complained that sometimes, the school is started with church songs. I do not know if this is true, but what I discovered from these parents are the display of religious symbols. I feel disappointed that in an Islamic country, Malaysia, if I go to a convent school, the statue of St. Mary is displayed in the front of the school.