I was there in the district of Tatau. And these villagers are poor. For many years, they were neglected by the very people that they voted in to serve them. And around them, other communities progressed and timber companies took over their livelihood.

Fire broke out in one of the long houses.

Monies were not coming in . Sarawak government have again neglected them. 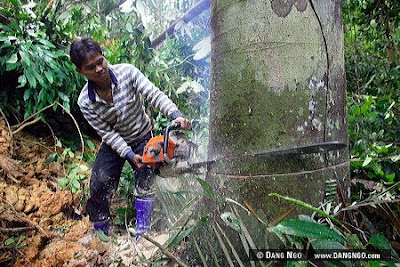 Peninsular parties are busy with election.

There is a hope, timber companies whom they thought would at least help them rebuild their homes with some spare timbers.

But all they got ARE 2 packets of salt. Is this not degrading?

Compare this with this Sabah timber tychoon who tried to sneak in RM16 million in cash from Hong Kong to KLIA. He apparently got aided to be bailed out and are closely associated with the Chief Minister of Sabah and UMNO. Who actually needs more help .. a tychoon or villagers?

I am interested to pass some money over through a pastor in Miri. Any takers?
at Tuesday, August 26, 2008 2 comments:
My Tags: indigenious, sarawak, tatau, timber company in malaysia
Newer Posts Older Posts Home
Subscribe to: Posts (Atom)