Well, after the 'judgement' on Razak Baginda and the helicopter judgement that suspiciously favour certain parties, I am too tired to rant about the silly UMNO government anymore. However, here are some 'weird' things that I came about with my camera phone. 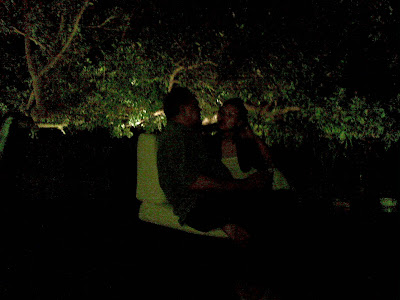 Location: Guoman Hotel in Port Dickson. This Malay gentlemen with a younger chinese lady who was very touchy with him. Of course, he was more than touchy and he dance funny. It is all ok except that he looks like Ghafar Baba. Would it be one of Ghafar Baba's son? They disappeared to the rooms after that. Ahem... 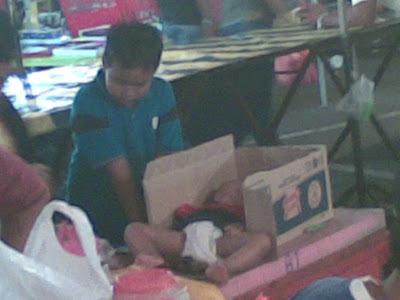 Location: Port Dickson Pasar Malam , 6th Mile on Saturday during puasa time.
Kid helping his brother to take a nap while the parents pack up. 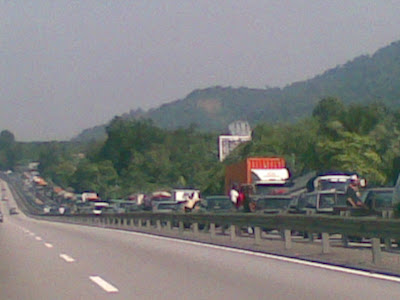 Location: North south highway, after Nilai.
After a few hours, the PLUS people still can't come out with a simple solution to either clear out the lorry or open a mitigating path. So, people pay to jam-loh. 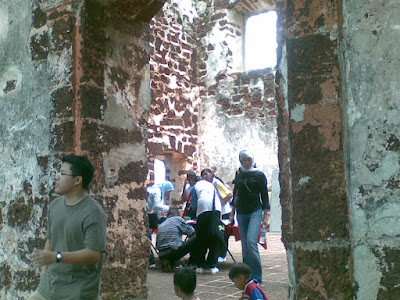 Location: St Paul's hill in Malacca.
Damn it! This businessman was in the church and uses can's of paints to do his artwork business. Isn't he desecrating a historical monument? (I guess no authority cares if people desecrate church). Ali Rustam, do something! 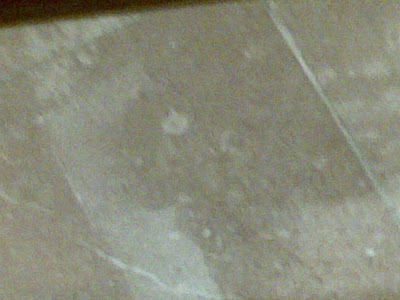