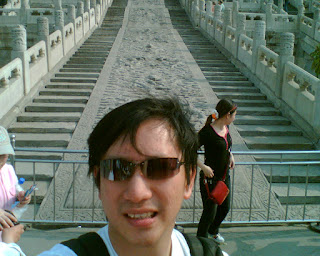 Why is the girl strutting herself like that? hehe. Handcraft stones of 9 metre or something, i overheard. 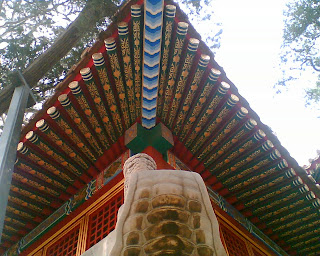 Amazing detail on the garden chalet. 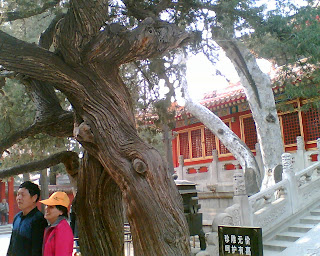 Chinese seemed to have affection for old trees. I remember bringing a communist party secretary to Malacca and he kept wanting to take picture with old trees. These couple examplifies that. Peony in spring. Lie down on my back on the bench in the zoo.. like the rest of the population who lazed around in gardens and on grass. The wind added fizz to the whole feeling. 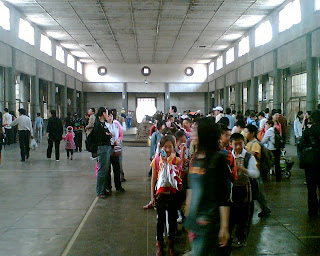 The carnivor section full of children making a racket. Left and right are the cages and the condition is not the greatest. The king 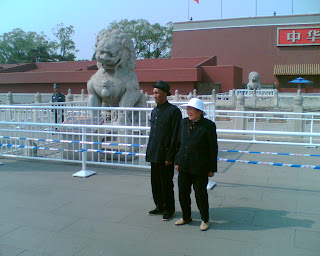 Inching closer as their daughter asked them to stand together. Rather cute moment as the adjusted their closeness. 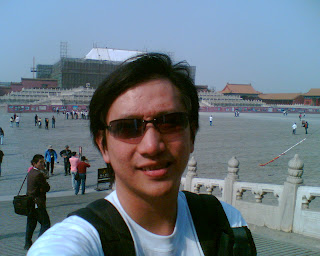 Ah.. loads of people in Forbidden city.. and so huge... 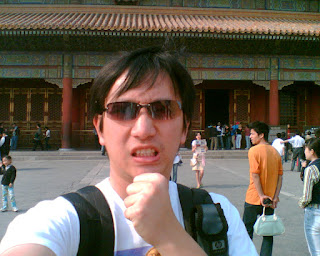 Emperor - everybody wants to be one .. esp if one have 9000 concubine. 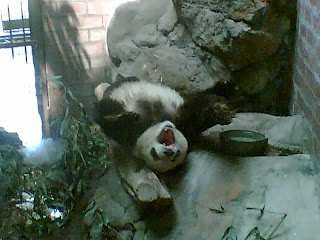 Mr Panda is very sleepy. He was licking his lips in boredom. 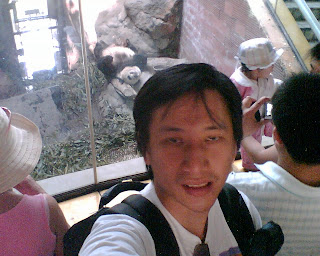 One of the only panda that is close enough and awake.I look sleepy in this picture instead. 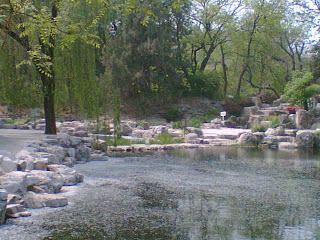 Now i understand why ancient chinese royalty likes to sit by the pond and enjoy the scenary. wonderful stuff. 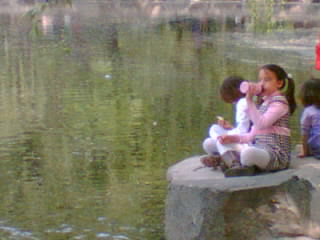 Another tranquil moment with family members. 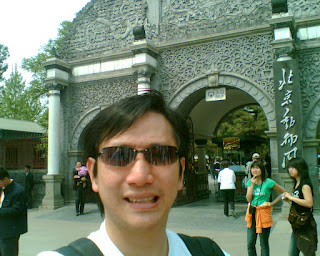 The door to the zoo is rather huge and nice. The best pic out of many tries.
The similarity of both place? Keeping precious things in and other things out. :)
at Friday, May 04, 2007 2 comments:

We started off with McD and then a Muslim food restaurant in FeiHong Jing. The muslim food tastes awful, but we had quite a nice Chinese beer there. Look out for purpleish bottle. It tastes almost like water but potent, at 7.5% alcohol level. 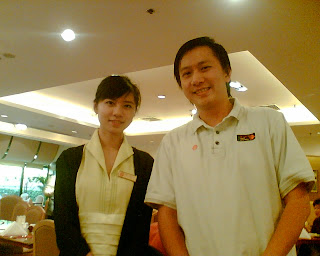 The morning lady who seats us in the Traders Hotel, who is an eye candy for the rest of the businessman. Oh, they have fashion show with tall lanky lady with techno soundtrack during lunch. Robert Kuok sure knows how to win a man's heart. 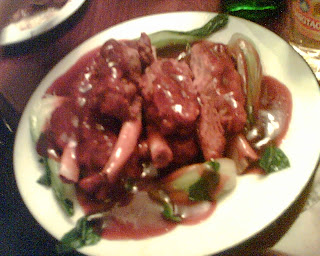 Nice Pork ribs, fist size at Little Mao Family restaurant. I ate half of this with gusto. 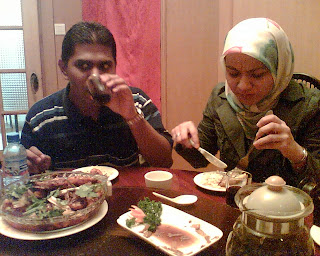 For the Muslim, its fried rice, fish and prawn with coke. It is quite hard to get a decent Muslim restaurant nearby. 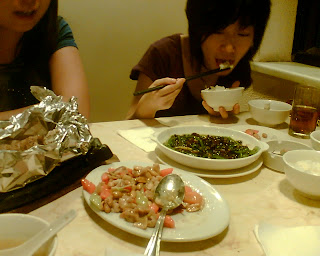 Some nice Beijing and Taiwanese fusion food. The best if the greens with salted beans. 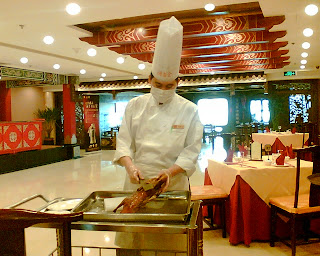 Noosha was looking for Beijing duck and we end up at Silk Street level 6 to have half a duck. The environment was very oriental and food was great. The chef came out to chop chop. 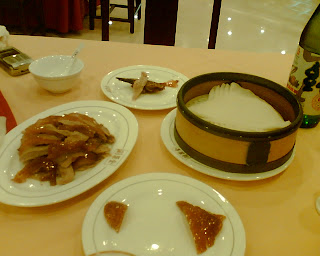 Look at the duck skin dripping with oil. 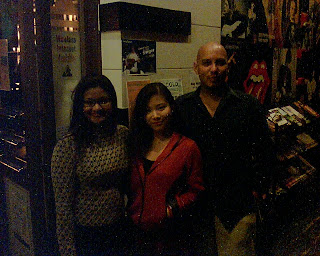 A night out with the guys at Bar street's Brown. It is similar to Finnigans in Bangsar where working people congregate.. except the music. Just awful.With Connie, Ting Ting and Mohsin. 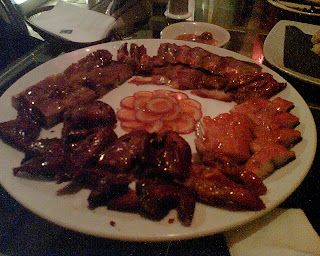 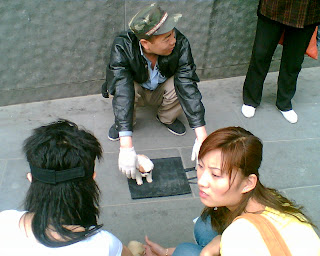