Recession or no recession? 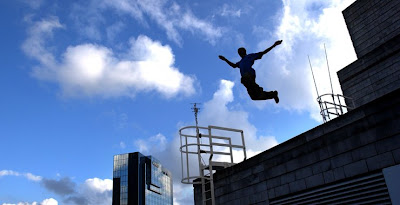 (image ) Dun chee sak.
Malaysia will go to a technical recession
KUALA LUMPUR, Jan 13 — Citigroup Global Market forecast that Malaysia will go into a technical recession likely in fourth quarter of 2008 and first quarter of 2009.
It also downgraded its gross domestic forecast (GDP) for 2009 to 0.5 per cent from 3.1 per cent.
The government official GDP forecast is 3.5 per cent.
In a media briefing on Malaysia’s Market Outlook for 2009 here today, it said that there could be a cut between 50-75 basis point in overnight policy rate in the first quarter of 2009.
According to Citigroup, GDP for 2010 is estimated at 4.2 per cent, while fiscal balance is forecast at minus five per cent in 2009 and minus 4.5 per cent in 2010.
GDP for quarter four 2008 is forecast at two per cent.
Despite the downgrade forecast by Citigroup, Second Finance Minister Tan Sri Nor Mohamed Yakcop was earlier reported as saying that the government was confident that the country would not be experiencing a technical recession this year.
He said the country’s economic growth was expected to stay positive during the period from January to June this year based on the equity of the financial system which exceeds 13 per cent, total liquidity which is in billions of ringgit and the low non-performing loan (NPL) rate which is at about 2.5 per cent.

Abdullah Ahmad Badawi "We are not having too much problem in the fourth quarter. Even the growth at two percent in the quarter, it would give us an average of more than five percent," he told reporters after opening the permanent secretariat of the World Islamic Economic Forum (WIEF) Foundation. ( Bernama)

Malaysia’s industrial output, which fell 7.7% in November last year from the same month in 2007, was worse than economists’ consensus estimates of a 6.4% fall. ( Star) - and will surely fall more in December 08, which means a high probability of a negative quarter.

Najib, Nor Yaakob and AAB has been championing the idea that Malaysia is insulated from the global recession/ depression since last year. Citing the strategy to sell products to China and India, they were not bothered to access the reality that both countries are also feeling a squeeze. Only at the end of the year, some conceded that there is very small, indirect effect but not the R-word. Recession is impossible! Especially during a by election. Hence, we are in the middle of January 2009 and the EPU has not submitted any data on the last quarter of 2008. Who wants to bet that the news won't be any good?

p.s. Singapore is transparent about its economic data when it showed its citizen that it was in recession and here are the plans. ( retraining, welfare, union enagement etc.). The Malaysia's ministry of labour till now has not come out with the framework on the retrenchment fund & guess the other ministers are still sleeping.
at Tuesday, January 13, 2009 3 comments:
My Tags: Malaysia, nor yaakob, recession
Newer Posts Older Posts Home
Subscribe to: Posts (Atom)