With the mellowing wind and glaring sun, am able to spend some time to collect my thought and share my appreciation that my parents are here. It has been something that I really wanted to do should i get this opportunity. In fact, this is one of the reason that I agree for this job, so that my parents would be able to come over and spend some time over. Yeah, it sounds very noble but it is not except when God intervenes I guess it is just a time where they can take some time for themselves and enjoy looking around.

I have been too busy many times with the many activities in KL and Port Dickson. Many times, I do feel that it is done for other people or activities. IN some way, I am enjoying the longest 'me-time" with tinges of guilt. IN the same way, my parents have always been putting other people first. I guess that is what we inherit from them, which can be both a blessing or curse. So in the midst of things, am glad that they are around to share in this experience.

So, today is Father's day and I would like to say that I am in love with both of them. THey have been great and patient with me all through my life. It is difficult to have a son like me who almost always put his interest in the first priority. They would very much adjust to my timings and all. Recall that I forced them for a 3 day trip to Scotland and back, Wales in a day and other adventorous things. A trip to Amsterdam where it rained and Paris where Engish is mea cuppa. So, in a way Port Dickson has been a good start and this short stint is even better. 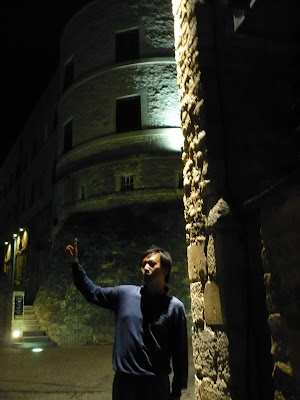 The old gaol in Oxford that is not a hotel. 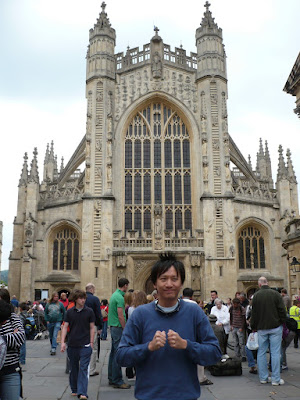 Old Roman Bath in Bath... where the Romans used to be an empire. 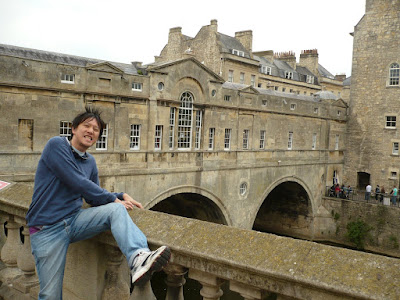 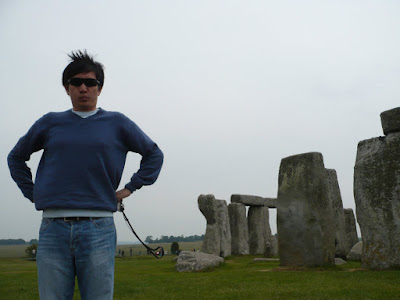 Finally, the Stonehendge - 5000 yrs ago the medieval british used this place as an area of perhaps worship and surely a sign of the social class.

That brings me to the irk of the week...
http://www.themalaysianinsider.com/index.php/malaysia/28831-no2-says-tok-guru-is-not-pas
The winner of the proxy fight between UMNO and PAS. If you read the newspapers, you will find good words for Nasaruddin. He has got an extremely good press from an otherwise UMNO control media. And so, he won. In return, he sounded a bit more cocky.
Nasaruddin, I respect Tok Guru and I dun know about you . I did read about your clandestine meetings with AAB and your closeness to Hadi Awang, who lost Terengganu through his mismanagement. If you guys want to loose PAS through this mismanagement, the lost of trust among public would be so great that no amount of work could change it.
AND, if you said this before the election.. gerenti you will have lost. How disrespectful.
Old is not lousy & please show respect to your Tok Guru. Secondly, it is not about skin or religion. I hope PAS would know what is best for them.
at Monday, June 08, 2009 No comments:
My Tags: PAS, UMNO

300 million down the drain?

KUALA TERENGGANU: The Sultan Mizan Zainal Abidin Stadium was issued a partial work completion certificate last year as it was considered safe to host the Malaysia Games.
State Public Works Department deputy director Ghazali Hashim said the certification, based on the report by an independent examiner, was given to several sections of the stadium including the track, field and several areas outside the building.

“However, we have not issued any certification for the roof as it was still under the warranty period,” he said of the roof of the stadium which collapsed on Tuesday.
A local consultant commissioned to evaluate the safety of the roof declared it safe, he said, adding: “So, we allowed the Games to be held at the venue.”

Ghazali had earlier accompanied Youth and Sport Minister Datuk Ahmad Shabery Cheek to visit the site Wednesday.
Ghazali said the department was only empowered to issue a work completion certificate once the warranty period had ended. “We have to wait for the warranty period to be over before issuing any certification for the roof,” he said.
Ghazali said government buildings were exempted from having to apply for Certificate of Fitness before occupying the premises.

More confused here.
So, they have to wait till warranty expires before applying for a certification, esp. so since they are government and does not need a CF process of vetting. No wonderlah the government building always collapse. And the contractor can run away with the profit margin. I would not want to be a government servant then, can die anytime.

Mentri Besar Datuk Ahmad Said has ordered an immediate inspection of newly completed buildings following the incident.
He said the checks would focus on detecting structural defects, cracks and shoddy workmanship. Some of the new buildings are the indoor stadium, Sultan Mahmud Airport and swimming complex.

Again, shoddy workmanship due to being in government.

He said he himself noticed defects on the roof of the year-old Sultan Mahmud Airport. He said the state would appoint independent consultants to carry out the checks.

But you kept quiet. WOULD is future tense... and more money to cronies.

The roof collapse came only one year after the stadium’s completion which cost RM300mil.
Authorities are investigating if the contractors had rushed to complete the stadium ahead of the Malaysia Games in June last year. Meanwhile, Raja Datuk Kamarul Bahrin Shah of Senibahri Arkitek, the principal architect of the stadium, said he might comment on the incident in a few days’ time.
“I can’t say anything now as I do not have the full facts,” he said when contacted via SMS in Medinah where he is on his way to perform the umrah at Mecca.
Raja Kamarul Baharin said he would return to the country on June 10.

Now, here is the connection. Raja DTK Kamarul Bahrin is of course connected to the Terengganu royalty. He is the chap who managed to seludup back the 2 children in the 1990s from his ex Australian wife. And the Malaysian interpol basically refused to help the Australian police to capture him.