The day Islamic Law is higher than Malaysian Constitution

Apalling!! My rights are taken away just like that! With the line of argument that Islamic law was here earlier than British Laws, the lawyers for government and both consenting Muslim judges forgot that our country .. Malaysia .. was build with the integrity and respect of the law of the day. If this set of law did not help us to come to our state yesterday, which set of law did? The Syariah law? Untill year 2000, the syariah law is on par with traditional courts of Sabah and Sarawak. And today, Syariah seemed to supercede our Constitution.

Pawancheek Marican said Article 11 of the Constitution restricted propagation of other religions to Muslims.
“Our Constitution favours Islam. Islamic law is part of the law of our country,” he said.

Another lawyer, Zulkifli Nordin, who is holding a watching brief for the Muslim Youth Movement of Malaysia (ABIM), said there were rules for Muslims to follow before they could renounce Islam.
“These rules are the Quranic law and the sunnah,” he said.

And again, the argument that something earlier is better and correct. If that is so, i guess the Hindu and Buddhist law should be even earlier. Or the traditional coursts in Sabah /Sarawak should have the same weightage.

“We have to take into account that Islam was here from the 13th century. The Malay Sultanate became Muslim and, later, its people,” he said, adding that the system was interrupted with the intrusion of colonial powers.
“The law that was applied then was Islamic law and several centuries later, Malaysia became a fully Islamic country.”
He said everything about the Malays then was governed by Islam and Malay customs. On the other hand, British law was limited and based on Christianity.
“Unfortunately, the British were the stronger party and had their way on what should be Malay customs and Muslim law,” he said, questioning the need to conform to the British legal system after the country’s independence.

Sulaiman said the Malaysian Constitution was unique in that it had a special place for Islam.
He added, however, that Muslims could not declare their renunciation of Islam without the involvement of religious authorities because there would be Constitutional repercussions.
“For instance, one may declare himself a Muslim in the morning and by the evening he is not a Muslim. Or, he is a Muslim when it’s time for zakat and not a Muslim during the fasting month,” he said.
This prompted Chief Justice Ahmad Fairuz Sheikh Abdul Halim to ask: “Are you saying that a Buddhist can be a Buddhist in the morning and a Christian in the evening?”
Sulaiman answered there was nothing to stop anyone from doing so.

So, should there be something that stop people from doing so ? Either other religions have their own courts but fundamentally, stopping someone from doing the thing that they decide is already against the spirit of freedom. And in specific to religion, it is against article 11. CJ Ahmad is not wise enough to spot that.

He said several legal representatives of non-governmental organisations had, in their submissions last week, made attacks on the position of Islam.
“That is a total reversal of what the Government had set out to achieve,” he said.
The NGOs had supported the view of Justice Gopal Sri Ram, who gave his dissenting judgment in the Court of Appeal, that the NRD’s refusal to make the amendment in Lina’s identity card without an order or certificate from the Syariah Court was null and void.

I believe it is not attacks on Islam as the respect on the constitution requires it.The challenge is the arbitary changes that happens , deviating from the original intent of it. It is a defense against a system designed to do so. So, is Sulaiman admitting that the government has a hand in this?

Anyway, i believe this is the best 50th year Merdeka gift that all non- Muslims receive from our government. The court is not only leaking water this year.
at Wednesday, May 30, 2007 No comments:
My Tags: injustice, Islamization, Lina Joy, Malaysian law

KUALA LUMPUR: The Federal Court judgment today on the Lina Joy appeal will be a historic one with legal and social repercussions, whichever way the decision goes.

This decision by the apex court will affect one’s constitutional freedom to choose one’s religion as well as who one can marry, especially for those who want to renounce Islam and for people who convert to Islam but later want to revert to their former religion.

May our constitution be uphold.
at Wednesday, May 30, 2007 No comments: 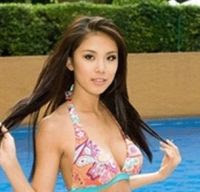 Omigosh..
First, congratulations to Riyo Mori for winning this year's pegeant. Japan , India, Philipines seemed to be the only country in Asia who is able to produce there talents till now. Korea is up and coming with 'upgraded' models overhang. Perhaps also made a point to Malaysia, Singapore and some other Asian country who traditionally favoured a Caucasion mixed blood over more Asian looks. 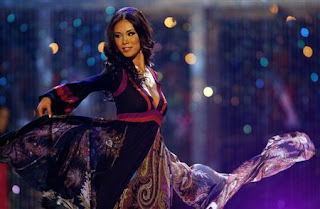 Ala manga. Yes, she deserves the win.I have not watched any of these competition for some years now and i guess she has the 'liao' for it.

Anyway, this is still a flesh trade. 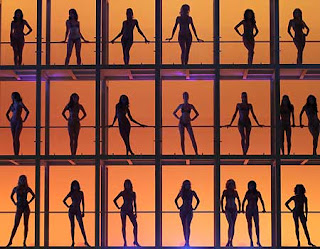 Am sure Amsterdam have this as well. Cheap sale.

And no thanks to Donal Trump. Ever wonder why Ms America always seemed to be able to make it no matter how bad things are? And rightly , pegeant is also a political arena and a whole seedy affair. I guess the Swedes are right that the competition does not reflect modern women. It still abides by old rules of American hamegomy. 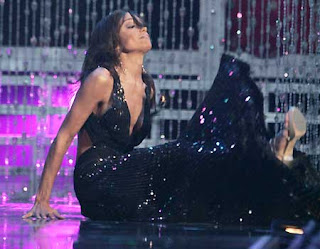 'WE' can lie, bomb, force ... even making a big boo boo and still 'win'. If a boss makes a mistake, it is innovation. If a mah chai, it is still a mistake.
The reason the predominantly Mexican crowd was booing Miss USA's selection into the final five following Rachel Smith's nasty fall on stage during the evening gown competition probably had less to do with a US immigration policy towards Mexico than the star-studded assembly of US-born judges that helped boost her into the final five.
Some conspiracy theorists have even suggested that these judges settled for an Asian woman to win knowing that Miss USA could not possibly take the crown while punishing the Mexican crowd by ensuring that the two Latin American representatives would not win either (heavily favored Miss Venezuela and Miss Brazil). That theory doesn't come into play with the other Asian delegate, Miss Korea (Honey Lee) who was also among the favorites compared to big 22 to 1 underdog, Miss Japan.
The Mexican crowd booed Miss USA when she first began answering her surprise question but cheered her at the end, perhaps realizing she did not deserve their hostilities. It was reported that NBC warned the angry crowd during the commercial break that by booing Miss USA, they would set a bad precedent for the world to see.
But what the world saw was the make up of judges who included: NBC's "Heroes" James Kyson Lee, NBC's "Deal or No Deal" briefcase model Lindsay Clubine, Dallas Cowboys quarterback Tony Romo, rocker Dave Navarro, and champion figure skater Michelle Kwan. Marc Bouwer was born in Johannesburg, South Africa where he studied fashion and won the South African Vogue Young Designer Award, but he currently resides in New York.
"A more diverse group of judges is needed," expressed Gambling911.com Senior Editor, Payton O'Brien. "I think the Mexican crowd was reacting to a global perception that the US is seen as too influential perhaps and this was illustrated by the make up of the judges and its ability to ensure Miss USA made it into the final 5 after she fell."
There was also booing for pageant owner Donald Trump, who brushed off the reaction to Miss USA as a response to the controversial US immigration policy
at Wednesday, May 30, 2007 No comments:
My Tags: American hemegomy, Ms Universe, Riyo Mori, tv
Newer Posts Older Posts Home
Subscribe to: Posts (Atom)